The moment couldn’t maybe worse, but Poker Heaven runs the biggest free roll tournament ever in April. The reason is that the Boss Media Network will be closed on the 1st of June and this tournaments will be the last one in this network. However, the free roll party starts on the 2nd of April with a € 45.000 Bad Beat Jackpot tournament! Join this and the other free rolls and get a share of fantastic € 145.000!

To get into the tournaments players has to have one played raked hand in the last 365 days at Poker Heaven. Registering starts each 4 hours before the tournament starts and the maximum player amount is 5.000. The tournament dates are as follows: 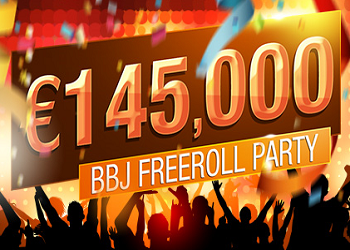 In Microgaming’s Poker Network players can win a share of a €40,000 prize pool.  The King of Hearts promotion runs from April 1st on at Poker Heaven. To get a share of the cash prize of €5 players has to have a Heart Flush combination in a show down using their hole cards. You are able to get cash prizes until the € 40.000 prize pool runs out!